You may have a business idea, but think that it’s just a dream, and can’t be a reality. Not true! If every successful business owner had thought that it couldn’t be done, we wouldn’t be able to get the services we use every day. No matter what your idea is, even if it’s something as simple as a babysitting business, you just have to say to yourself “I can develop this business”, do your homework, and then go for it. To inspire you, we’ve put together a list of 13 ideas that turned into successful businesses.

Steve Jobs and Steve Wozniak were two college dropouts who started building personal computers in their spare time in Jobs’ parents’ garage in the early 1970s. They were the ultimate tech geeks, both working at large companies, and playing around with their own projects as side hustles. In 1976, they founded Apple with the Apple I computer. It was a computer with a typewriter keyboard that could be connected to any T.V. screen. The Apple I was successful enough that it led to the Apple II, which was a groundbreaking innovation because of its color graphics. Nearly 6 million Apple II computers were sold, which eventually led to the Macintosh. Apple went public in 1980 and now the company is worth more than $2 trillion. And to think it was started as a side hustle by two college dropouts in a garage!

Apoorva Mehta had been working in the Amazon fulfillment center and recognized a need for a grocery shopping app. He began the development of the app and founded Instacart in 2012. The core business idea has always been a place to meet all your grocery shopping needs in one app. The app user chooses the store they want to order from, picks the items, and the order is directed to an Instacart shopper, who shops for the items and then delivers them. Now the company has over 300 retail partners including Costco, CVS, Kroger, Albertsons, Loblaw, Publix, Sam's Club, Sprouts, and Wegmans. The company has raised millions in venture capital, and now has a valuation of $24 billion. Not bad for a former Amazon fulfillment worker!

In the mid-90s, Kevin Plank was a fullback at the University of Maryland and was frustrated by having to wear t-shirts under his jersey that constantly became sweat-saturated.  He realized, though, that his compression shorts stayed dry, so he has an idea for a t-shirt made with moisture-wicking synthetic material. After graduating, he created his first prototype and started his business from his grandmother’s basement.

To found the company, he used his savings account funds which he had earned by selling t-shirts at games, and he ran up some credit card debt – he was broke at this point. Then, a year after founding the company he had his first sale to Georgia Tech for $17,000. After that, he had sales to two dozen NFL teams and had earned a total of $100,000. His first big break, though, came when he was asked to outfit characters in the movies Any Given Sunday and The Replacements.

Sales took off from that point, and after 10 years, the company went public, and today the company has over $5 billion in sales per year.

Houzz was founded by husband and wife team Alon Cohen and Adi Tatarko in 2009. They were having trouble with a home improvement project, so they started a website to get input on the project and search for contractors. It was just a side hustle, but a year later it became an actual company. Houzz is now a home improvement hub with design ideas for a home’s interior and exterior, and also contains a directory of home improvement professionals, a user forum, and a shopping portal. Houzz has raised several rounds of venture capital and is valued at about $4 billion. They have engaged Goldman Sachs for an IPO and plan to go public in 2022. It’s a great story of using an idea that solves your own problem to build a business!

In 2007, Andrew Mason helped found The Point, a collective action website dedicated to getting people together to accomplish a goal. The following year, The Point became Groupon, the goal of which was to advertise local businesses by offering deals for a limited time. They started with small businesses and gradually grew to advertise for larger businesses and by 2009, they had a presence in 28 U.S. cities. Shortly thereafter, they went international. Groupon has evolved its services and its app over the years to meet the needs of customers. Today, Groupon provides a way for customers to shop local in an online marketplace, and for businesses, Groupon offers a marketing campaign and merchant solutions such as credit card processing and a point-of-sale system. Groupon went public in 2011, and today is worth over $600 million. 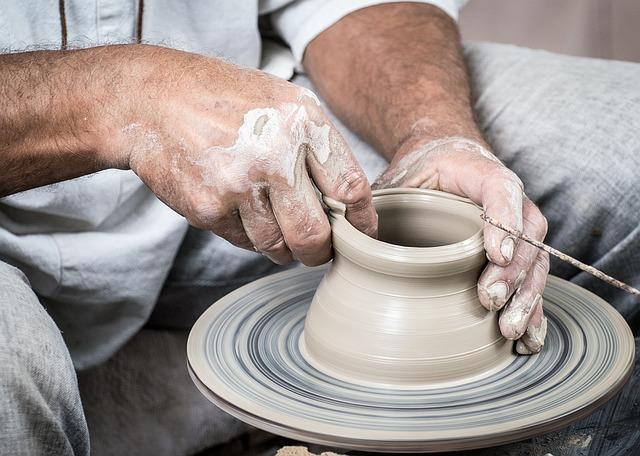 Etsy started in 2005 as a small marketplace for artisans to sell their work and it grew, as the number of people who wanted to both buy and sell handmade items flocked to the site. Developed by Rob Kalin and his partners, Etsy enables sellers to make their own online shop. The site is exclusively for handmade items, vintage items, or crafting supplies. Today Etsy has well over 4 million active sellers and more than 80 million buyers. The company went public in 2016 and today is worth over $14 billion. It’s a great example of starting small with a good idea, and growing into a household name!

In 2010, Instagram founders Kevin Systrom and Mike Krieger created a check-in app but also incorporated photography from smartphone cameras. They got the company, then called Burbn, started from a rented desk in a shared office during evenings and weekends when they weren’t at their day jobs. It was just a side hustle. It didn’t do well at first, but later they changed the name to Instagram and turned the focus to mobile photography and it began to boom. In 2012, when the company had only 13 employees, it was purchased by Facebook for $1 billion. Now it has over a billion users.

Udemy founders Eren Bali, Oktay Caglar, and Gagan Biyani launched the platform in 2010. It was small at first, a side hustle because they couldn’t raise any venture capital and they were starting with very few online courses. Students and instructors, however, saw the value of online education even though investors didn’t. It grew quickly to have over 2000 courses and 10,000 users in just a few months. That’s when investors took notice, and Udemy took off.  Today it has over 185,000 courses and more than 49 million students. In 2021, Udemy went public and is worth $3.25 billion. In its early days, the Udemy founders were rejected by investors 30 times, so they are a great story of never giving up! 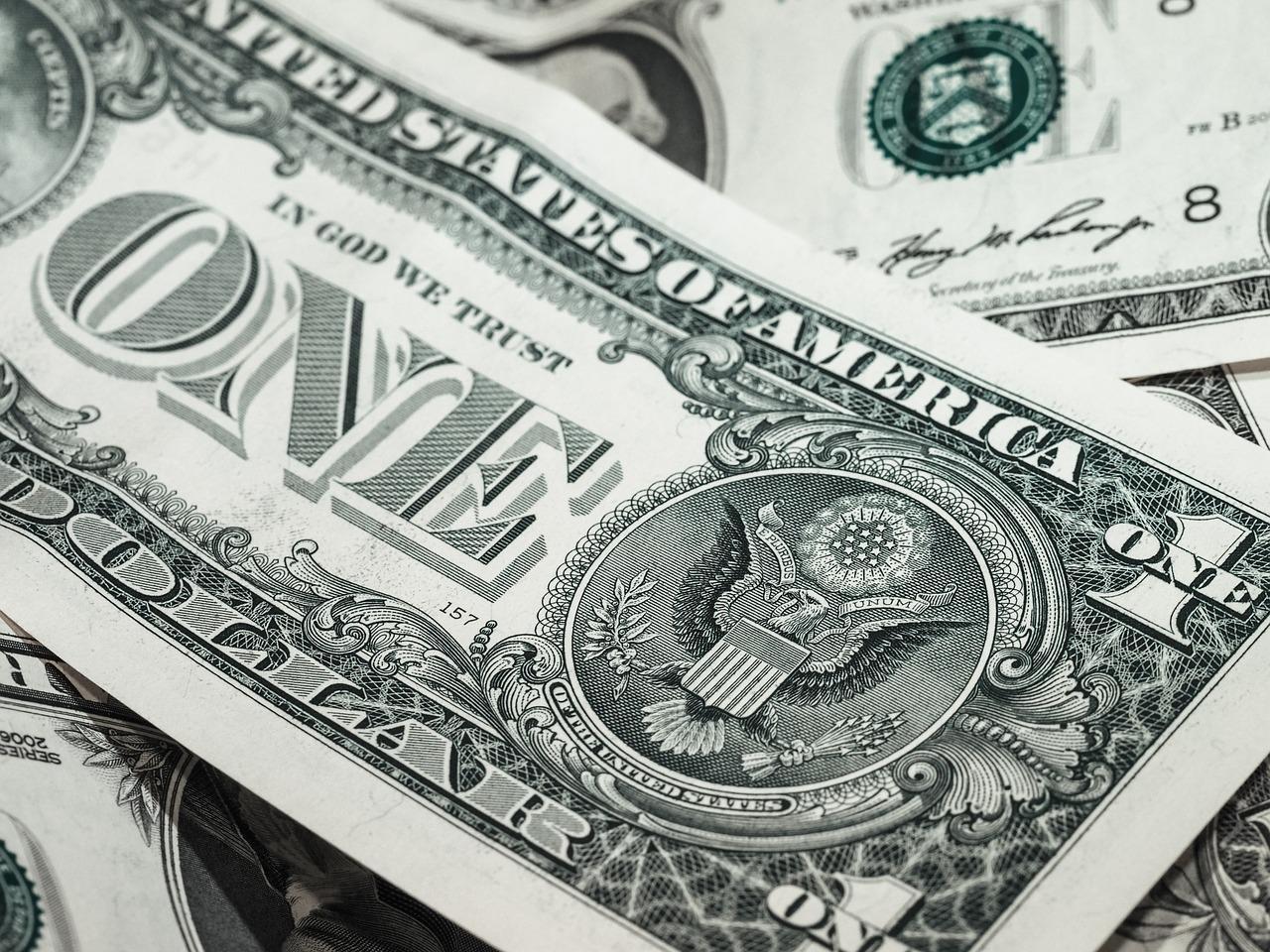 PayPal was founded in 1998 by Max Levchin, Peter Thiel, Luke Nosek, and Ken Howrey as Confinity, a money transfer service. PayPal now operates as a payment processor for online vendors, auction sites, and other commercial users, for which it charges a fee. In the beginning stages of PayPal, the founders were looking to make the site go viral, so for each sign-up, they put $10 in each user’s account and paid an additional $10 for each referral to the site. Then, they got a deal with eBay to help users complete purchase transactions online. After growing to 200 million users, PayPal went public in 2002. A year later it was bought by eBay for $1.5 billion. The company is now worth more than $120 billion and has nearly 400 million users. POWR offers a POWR PayPal Button app for small businesses.

Slack is an internal team communication tool used by businesses. The founder, Stewart Butterfield, started working on the app in 2012. In 2013, the company started using its own app for internal communications. They began hitting up their own contacts to try to get their companies to use the app, and as they gained a few users, they made many adjustments to the product to meet the needs of various group sizes. Once they had a polished version of the app ready, they did a massive press release and soon had 15,000 user signups. They grew quickly from there and went public in 2019. In 2020, they were purchased by Salesforce for $27.7 billion. 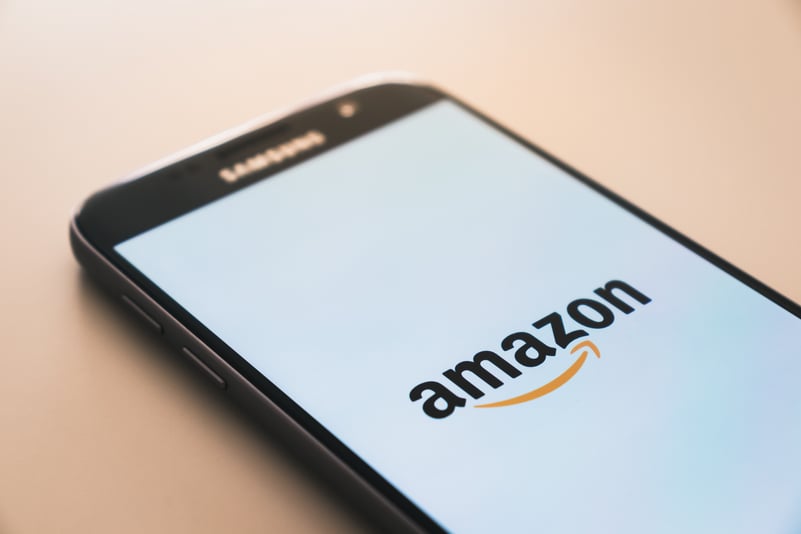 The famous Jeff Bezos founded Amazon out of his garage in 1994 as an online bookstore, but he had a vision for something much larger. In only a month, they had sales in all 50 states and in 45 countries. In the early days, Bezos expected employees to work 60 hours a week to make his vision a reality, but as a result, the company was often short-staffed. The company struggled throughout the 90s and into the early 2000s, even though they had gone public in 1997, with fulfillment problems and unhappy customers. The issues were caused by Bezos trying to grow too fast, but eventually, he obviously figured things out, since today the company is worth over a whopping $1.5 trillion.

James Dyson is a classic example of someone who solved their own problem and made the solution into a business. He was constantly having trouble with his vacuums losing suction, so he built his own. He worked on his designs for over 10 years, starting in the mid-70s, before licensing his design to a Japanese company in 1985. Dyson actually founded his company in 1991. Since then, the company has expanded to have multiple product lines. Now the company brings in over $8 billion in revenue per year.

Katrina Lake founded Stitch Fix in 2011 while she was pursuing her MBA from Harvard. Her plan was to provide people with curated boxes of clothing selected for them by a team of stylists. They gradually grew, turning a profit every year since 2015, and hitting a $1 billion revenue milestone in 2018. With Stitch Fix, customers fill out their styling profiles online and a Stitch Fix stylist chooses five items to send them. Once received, the customer has three days to choose which items to keep and which to return. A monthly styling fee is charged plus the cost of the kept items. Stitch Fix went public in 2017 and is currently worth more than $1 billion.

Every great idea starts small and then can grow into something huge. If you have a business idea, don’t hesitate. Do your homework, and just go for it. As you can see from these stories, anything is possible, but it can’t happen if you don’t have a day one.